This year marks the 20th anniversary of the world-famous Burton Custom Snowboard and to celebrate they have released a special 20th anniversary edition. The Custom is the most popular selling mountain snowboard in the past two decades and the #1 selling snowboard of all time. The Custom represents 20 years of iconic features and design in one snowboard and the board itself has been around longer than most other snowboard companies. The Custom has been the source of inspiration for Kids and Women’s boards with the Custom Smallz for Kids and the Feelgood for Women.

As one of the most trusted boards ever, the Custom 20th Anniversary Snowboard is comprised of Sintered WOF, a light yet durable core material that helps the board remain strong and hold wax. The Custom uses a twin flex shape, allowing you, the rider, to transition flawlessly in between switch. Features such as Pro-Tip™ shaping, Frostbite and Infinite Ride™ with SqueezeBox mean you’ll be ready to conquer anything. The 20th Anniversary Snowboard comes in three lengths, 151 cm, 154cm and 158cm and is available for purchase in store or online. 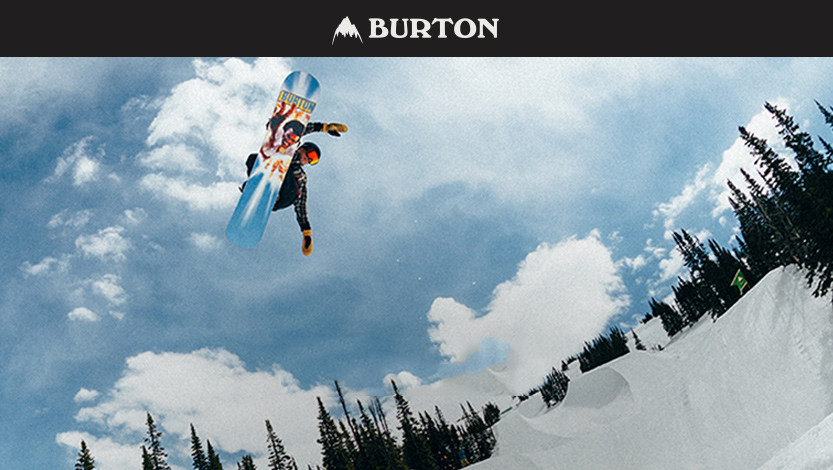 Twin Flex: The flex of the snowboard is perfectly symmetrical from tip to tail for a balanced ride that is equally versatile regular or switch.

Infinite Ride™: This Burton-exclusive technology maximizes pop and strength by overbuilding the board, then putting it in a machine that breaks in the board for you. Whether you choose to ride Springloaded, Rocker, or Camber, rest assured that with Infinite Ride™, your board will maintain its flex, pop, and feel from the first day forward, season after season.

Sintered WOF Base: Produced by compressing polyethylene powder forcing material to fuse together without melting. End result is a more porous harder base which will be more abrasion resistant. Harder base will allow structuring to aid in the transfer of water.

Squeezebox: This is a patent-pending technology that transfers energy outward from under your feet, energizing the tip and tail for added snap when exiting a turn. Thinner core sections underfoot transition to thicker, more powerful areas between and outside your feet for a more stable board that can be powered up and manipulated with less effort. 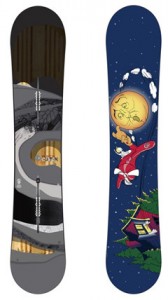 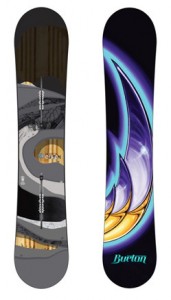 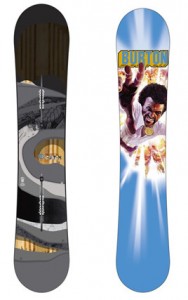